A friend posted the other day about a problem with bullying that a teenage girl was experiencing.  She asked for advice and resources to help.

I was bullied as a girl, both physically and emotionally, and I reflected about what I have learned since then that I might share.  I remember with excruciating detail how it felt to be shouted at with insults and pushed to another seat on the bus.  One girl who tried to help me back then whispered, “Just show them you don’t care what they think.” This wasn’t bad advice–except I did care.  In fact, part of me suspected they were right.  And this was why I was a target in the first place.

As I was pondering these old memories, I suddenly had a flash image of cells in a bloodstream, being attacked by viruses.  How do our bodies ward off these “bullies”?

One of the lines in “My Body Knows” is “My body knows who I am.”  Yes!  Our bodies know who we are, and what belongs in us and what doesn’t.  When we’re healthy, our cells know what they’re supposed to do, and we have special cells, run by our immune system, whose function is to keep the integrity, to hold the space for each bit to do its job.

If there was any doubt in our immune systems about what belonged, the bullies would take over.

As the mother of two teenage daughters, I’ve had the privilege of observing this age group again, and one thing stands out now that I didn’t understand when I was in their shoes.  The kids who know who they are–and these are few and far between, in our culture of being told we should be different–can be teased and hassled just as mercilessly as the rest, but somehow, they aren’t as affected.  Of course, they don’t enjoy it, but they also don’t believe it.  They know who they are, they aren’t changing, and they aren’t apologizing.

Deep down inside, our bodies do know who we are.  There are no better guides.

More soon on how I am learning how to listen to my own body! 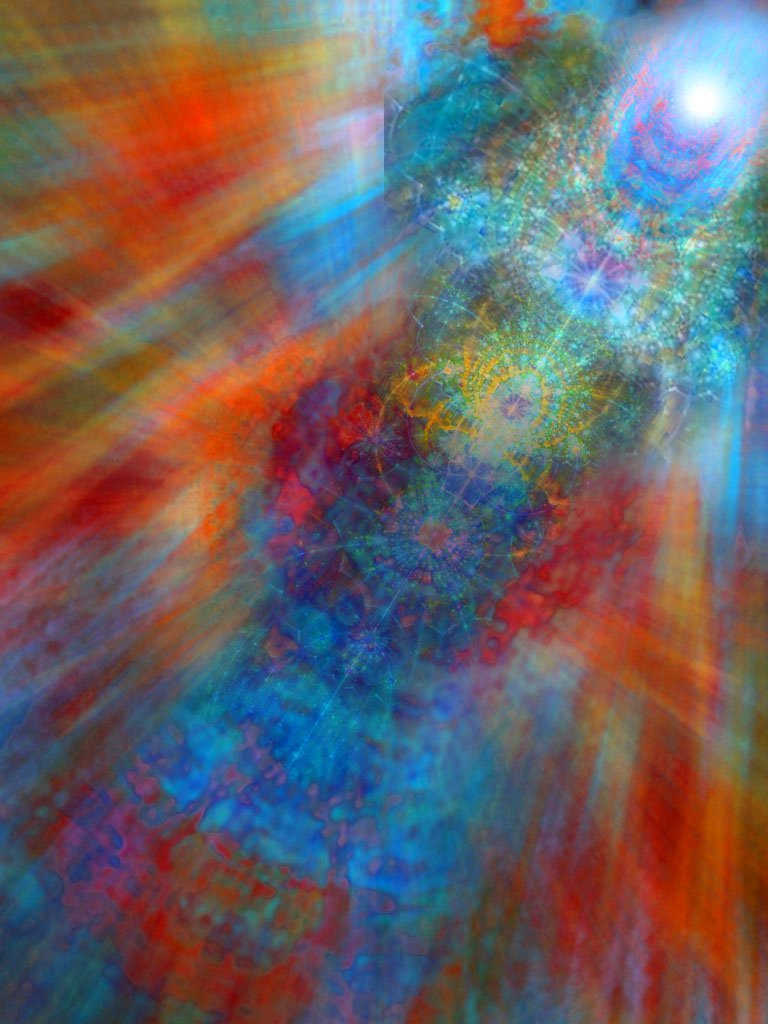 “Animation Itself” by Bill Brouard, used by permission. See Visual Alchemy for more.